There has been one death related to COVID-19 in Nova Scotia.  Provincial Health officials say 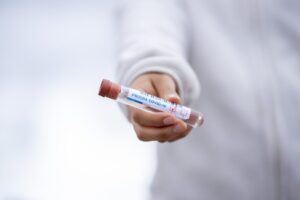 a woman in her 80’s in Central Zone has died.

The province is also reporting 41 new cases of the virus and 20 recoveries.  There are now 147 active cases of COVID-19; 11 people are in hospital, including one in intensive care.

Twenty-nine of the cases are in Central Zone.  Nine are close contacts of previously reported cases, two are related to travel, eighteen are under investigation.

Seven cases are in Northern Zone.  Six are close contacts of previously reported cases.  One is under investigation.

Three cases are in Western Zone.  One is related to travel, one is a close contact of a previously reported case and one is under investigation.

Two cases are in Eastern Zone.  Both are close contacts of previously reported cases.