A group of Antigonish amateur actors who share their 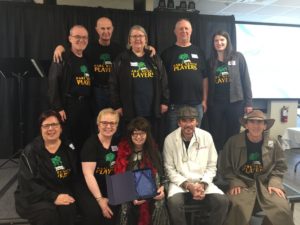 story of hope and resilience in living with mental illness
have been honoured by the Nova Scotia Health Authority. The Park Bench Players have been named a winner of the Dr. M. A. Mian  Award. It recognizes a group, individual or program that has improved the opportunities and quality of life of persons living with Mental Illness, and increased general knowledge and decreased the stigma of Mental Illness.

The award was presented at a Living with Mental Illness and Addiction conference co-hosted in Sydney and Antigonish Thursday.

The Park Bench Players, formed in 2011, has performed more than 90 times before audiences across the province; including schools, community groups, regional and national conferences. It has also won two national awards as well as several local and provincial honours.