St.FX University’s newly named chancellor is happy to still be a part of his alma mater. 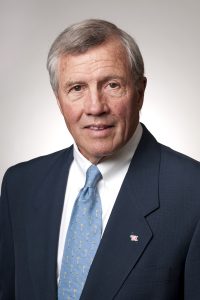 The university announced John Peacock as its new chancellor on June 15. Peacock, an X alumnus and Canadian business and philanthropic leader, said he was surprised and pleased to receive the position, which he calls an honor. While Peacock said the position is largely ceremonial, part of which is conferring degrees at the spring and fall convocations, he said the position is also a resource for the university’s president and board of governors.

Peacock and his wife are StFX graduates from the Class of 1963. Peacock served on the Coady International Institute Advisory Board and his wife served on the StFX Board of Governors. Together they established the Dr. John T. Sears Chair in Corporate Responsibility at StFX in recognition of Peacock’s former professor.

He officially takes on the role of chancellor on September 1.