Antigonish Skatepark Association president Jason Mason said while the town’s new skatepark remains closed along with other recreation facilities in the province, there are plans for when it 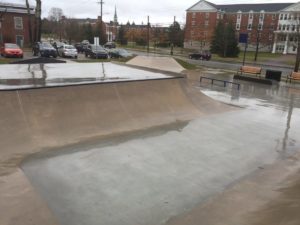 The park saw a soft opening in the fall following its completion in November, and even late in the year it was busy with people ready to give it a try. Every day it was open, says Mason, there were people there ready to use it. He said he likes that the park is a symbol for people to show love and pride in Antigonish.

Mason said the park is the culmination of a lot of effort over a long period of time. He says he never expected to see this much respect for the park and what it means for the town,  pointing to things like volunteers who came and shoveled out the park in the winter despite not being asked.