The Town of Port Hawkesbury is hoping to form a committee of municipal funding partners for the Strait Area Pool. 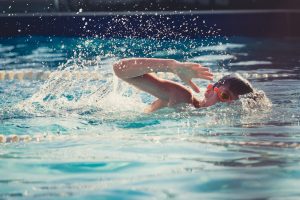 Blaine MacQuarrie wanted to know if discussions started with the municipalities of Inverness and Richmond counties over their contributions to the pool.

CAO Terry Doyle said town staff is in the process of finalizing a letter to those municipalities for council to review.

For many years, Mayor Brenda Chisholm-Beaton said there has been a cost-sharing mechanism in place for the pool between the municipal units, but this year, the proposed funding allotment from Inverness and Richmond has been reduced.

Doyle explained that usage of the pool has traditionally broken down as 24 per cent from the town, 32 per cent from Richmond County and between 28-30 per cent from Inverness County, but the funding break-down has been one-third from each municipality.

The mayor said the town is hoping to maintain this “regional asset” with input from its municipal neighbours. Doyle said a committee would help move this process along.