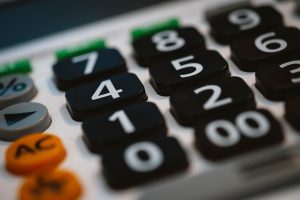 Mayor Brenda Chisholm-Beaton said assessments for residential remain flat and the assessments for commercial declined about seven per cent, noting maintaining the tax rates is “a little bit of a challenge”. Less assessment dollars means  fewer dollars to provide to the town for services.

The mayor said the operating budget is around seven point eight million dollars.

The annual Christmas fund-raiser for CACL  Antigonish is underway.  Festival of Trees officially began on Friday.  CACL Antigonish Executive Director Jeff Teasdale says there are several ways you can purchase tickets, both at the East Coast Credit Union Social Enterprise Centre where the trees are on display, and on line. Tickets are being sold weekdays […]

Antigonish County native named among the 100 Leading Women i...

A North Grant, Antigonish County native has made a prestigious list.  Amy Fleming, a Dr. JH Gillis Regional High School and St. FX University business graduate has been named as among the 100 leading women in the North American auto industry by trade publication Automotive News.  Fleming is Senior Director, Regional Operations and Sales with […]