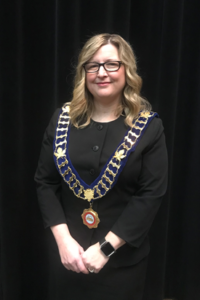 Mayor Brenda Chisholm-Beaton told council there might be opportunities to work with DCB on ideas for the waterfront, like the development of the marina.

Following the meeting, the mayor told reporters that the waterfront development strategy takes in all of Granville Street, the North Granville Street Park, and Lower Water Street where the boardwalk and marina are situated.

The mayor said their plans will have to take place in phases, and some aspects have been incorporated into the town’s Active Transportation project, including the extension of the boardwalk.

Chisholm-Beaton said they are hoping to bring some recommendations to council and hold more public engagement sessions.

She said a new coffee and ice cream shop, the proposed Marine Innovation Centre, as well as a new restaurant, are some examples of the new developments taking place along the town’s waterfront.