The St.FX Athletes of the week come to us this week from the hardwood, and the ice. Kara Power from the X-Women hockey team was player of the game in the 2-0 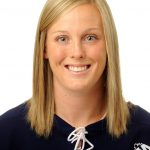 shutout victory Sunday over Dalhousie. Kara scored both X goals in the game and had 10 shots on goal. She is currently tied for fifth overall in AUS scoring with 26 points this season (8 goals & 18 assists).

Kevin Bercy won the male athlete of the week for the X-Men Basketball squad. Bercy had an enormous game for the X-Men as they defeated 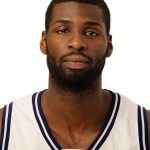 Saint Mary’s 85-83 Friday in a key four point matchup. The player of the game, Kevin scored a game-high 26 points and had a game-high 17 rebounds. He leads the nation in field goal percentage at 61.0