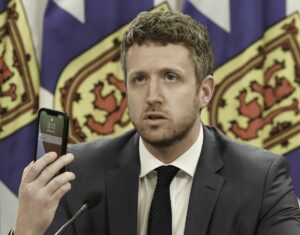 finger at those he called, the selfish few.

During Monday’s COVID-19 briefing, Rankin provided an update noting there are 42 people in hospital and 8 in the ICU. He said the average age of those in the hospital is between 40 and 60, but they are admitting young people who are very sick . Rankin said this due to the variants.

When it comes to getting people vaccinated, Rankin said the province is in a race against the variants. While province continues to push it’s immunization program, people need to follow public health protocols.