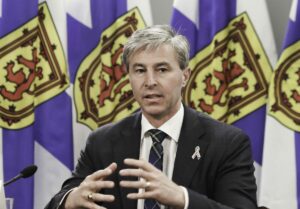 Houston said he’s been visiting communities across the province since the summer began, noting it’s always great talking to Nova Scotians. He said residents are generally in a good mood, noting it’s been a rough couple of years but there is optimism in the air.

Houston said the idea for the visit is to make sure the PCs are touching base with people in different sectors, noting the plan was to speak with small business owners, tourism operators, and others. He said he was also excited to spend some time with Thompson, who he said is doing a great job in government, particularly as the Health Minister