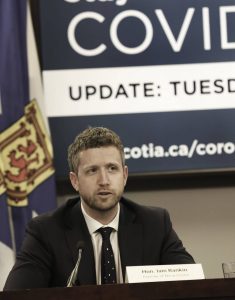 further restrictions for the HRM as well as the rest of the province. During his update, Premier Iain Rankin said there is community spread in the HRM and the government is doing what it can to slow it down.

All residents are asked to avoid travel outside their own community unless it is absolutely necessary.

In private indoor workplaces such as offices or warehouses, masks are mandatory in all common areas, places where there is interaction with the public, areas with poor ventilation, and areas where distance cannot be maintained