The province’s Health and Wellness Department is reporting one death from COVID-19. The death occurred at the Northwood long-term care home in Halifax. That raises the total number of people have died to 56.

There was also one new case identified. The new infection occurred in the Nova Scotia Health 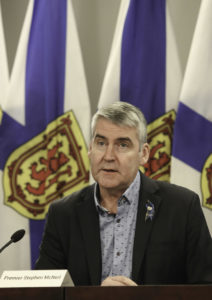 There are now 1,044 cases of COVID-19 in Nova Scotia; 956 have recovered. There are nine pole in hospital, including five in intensive care.