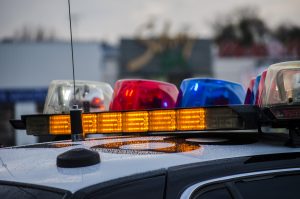 on Friday on Highway 104 at Beaver Meadows, west of Antigonish.

Police say car rear-ended an SUV that had been stopped for the work zone. The occupants of the SUV were treated on the scene by EHS. No one else was hurt.

Police later charged the driver of the car that struck the SUV, with Impaired Driving, Refusing to Provide a Breath Sample, Driving While Suspended, Driving an Unregistered Vehicle and Driving Without Insurance.