Residential and commercial tax rates are each going up by one cent in Richmond County. 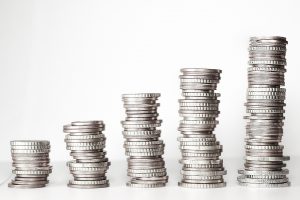 of $0.81 and a commercial rate of $2.11.Council also imposed an additional charge of 18 per cent per year on all taxes that remain unpaid.

District 5 Councillor Brent Sampson was the lone vote against the budget because he does not like the cut in raises for some municipal employees and the fact no businesses, residents or industry in Point Tupper pay a fire levy.

Martell said there was a 2.3 per cent increase in the residential assessment tax roll,mandatory contributions for education went up $17,033 and police protection went up by $76,300.

Compared to last year’s budget, the CFO noted that tax revenue increased by $340,098 due to hikes in assessment, the Deed Transfer Tax and in sewer revenues. Other revenue has gone up by $54,967, Martell said, pointing to increases in interest revenue, tipping fees and recreation revenue due to COVID-19.

Revenue from recreation and cultural services went down by $157,982, Martell explained.

There was a rise in transfers from other governments of $15,600, which Martell said is attributed to an increase in student funding projected for this year.

On the expense side, Martell reported an increase of $121,087 in protective services, helped by rising policing costs, as well as rises in assessment like fire and community improvement levies.

Martell said public health and welfare services increased by $31,517 due to the larger deficit from the Cape Breton Island Housing Authority. He said environmental development services have gone up $116,852 from an increase in funding contributions and the fact the Visitor Information Centre in St. Peter’s did not open last year.

The budget also includes a building condition assessment audit for the former West Richmond Education Centre in Evanston of $12,500, plans to re-open the St. Peter’s VIC at $16,000, Canada Day funding for 2021 of $10,450, strategic plan funding of $17,000, increases in arena ice rental rates, increases in waste management facility tipping fees, the amalgamation of the four sewer systems into one, new dry fire hydrant funding of $10,000, and an in-flow and infiltration study for the Petit de Grat sewer system in the amount of $40,000.

In the capital investment plan, the CFO said the municipality budgeted for a new vehicle purchase, an equipment trailer purchase in the amount of $12,500, a $40,000 accessibility study, and council chamber upgrades of $10,000.

In the five-year capital investment plan, Martell said there is a $20,000 trail plan study, funding for half of a broadband cell tower project in Dundee at a cost of $225,000, adding a building at Point Michaud Beach for $40,000, another $40,000 for trail rehabilitation and improvements, a $3.6 million wastewater project, and a compost facility leachate treatment study in the amount of $20,000.