Rugby has been fully reinstated into the Nova Scotia High School Sport calendar. There were 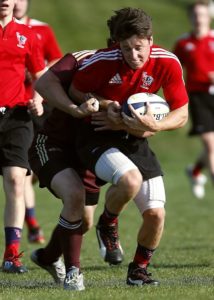 questions about the future of the sport after the Nova Scotia School Athletic Federation abruptly cancelled the season in early May, citing safety concerns. A compromise was reached a few days later, where Rugby Nova Scotia was appointed to manage the remainder of the season including regional and provincial playoffs.

This past summer, officials from Rugby Nova Scotia, the provincial Education Department and the NSSAF researched and developed a list of recommendations for the upcoming 2020 season. The suggestions were presented to the Federation’s Board of Governors, who approved a motion to reinstate Rugby. Along with the reinstatement, Junior High flag Rugby was accepted into the federation as an official sport.