Environment Canada is watching a system that is expected to give significant snow, rain and 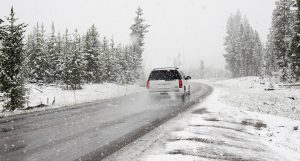 wind to the province later this week.

The national weather forecaster has issued a special weather statement, saying snow or rain will develop over western areas of Nova Scotia near noon Thursday. Snow will transition to ice pellets and rain with a risk of freezing rain across most of the province Thursday evening. However over northern areas of the province and Cape Breton, snow and ice pellets could persist later into the night with a risk of a prolonged period of freezing rain. The precipitation should end or taper to flurries by Friday morning.

Snowfall amounts could be 5 to 15 centimetres, rainfall amounts for parts of the province range from 10 to 30 millimetres.