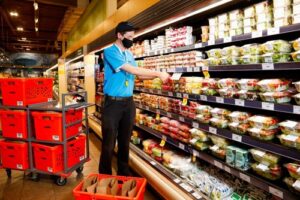 Customers can order their grocery items online through voila.ca or via the voila mobile app.  Customers then select a time to pick up their items.  Sobeys is launching Voila curb side pick up at three Nova Scotia stores, including one locally, at the Aberdeen Shopping Centre in New Glasgow.
Empire officials say they will expand the curbside pickup to stores across the country over the next few ye

Baddeck Charge Man on Firearms Offences In Connection with a...

Baddeck RCMP say a 49-year-old man is facing firearms charges following an incident at a Wagmatcook home Thursday night.  Police say shortly before 7:30 that evening, officers were called to a report of a man pointing a gun at another man.   RCMP say when officers arrived they found a male pointing the firearm at them […]

There are three new cases of COVID-19 in Nova Scotia. Provincial Health officials say all three are related to travel outside Atlantic Canada. Two of the cases are in the Central Zone and are self-isolating.  The third was diagnosed and recovered in another province but is a Nova Scotia resident in the Eastern Zone.  There […]

LOCAL SPORTS In the QMJHL, Antigonish’s Logan Chisholm scored the game winner and an insurance goal as the Acadie Bathurst Titan doubled Moncton 4-2.  The Cape Breton Eagles defeated the Halifax Mooseheads 5-3.  The Charlottetown Islanders trounced Saint John 5-1: Colten Ellis turned away 24 shots for the Islanders and was named the game’s third […]