A company that was founded at St. FX University is making great strides.  Sona Nanotech began 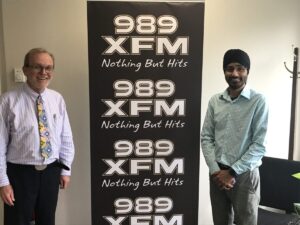 at St. FX in 2014.  It’s a collaboration of several Chemistry Department researchers in using nano particles, small bits of gold metal, in a variety of applications including cancer treatment.  One of the founders of the company, Chief Technology Officer Kulbir  Singh, says a new product currently under development that it’s quite excited about is a COVID-19 antigen test.  Singh says the lateral flow assay test is aimed at detecting the Coronavirus quickly.

Singh says the company envisions several ways where this screening test could be utilized, including entry points such as airports.   Singh says it could also be used at schools as they are being opened or in screening a population that’s not large