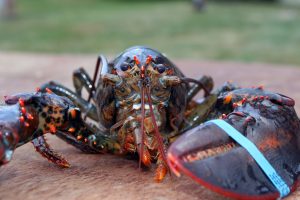 the just completed lobster fishing season in the southern Gulf of St, Lawrence was more successful than expected.  However Boudreau says if you compare it to last year it was a disappointment.
The season wrapped up over the weekend.  It started two weeks later to allow the industry to implement health and safety measures in response to COVID-19.  The end of the season was extended by four days.
Boudreau says catches differed across the local region.
Boudreau says prices were also down this year, with fishermen getting as low as $3.75 a pound for canners and $4.50 for market size lobster; about a four dollar a pound difference from last year.    Boudreau says prices rebounded somewhat later in the season,  but still about $1.50 to two dollars a pound below what fishermen were getting for that same period last year.