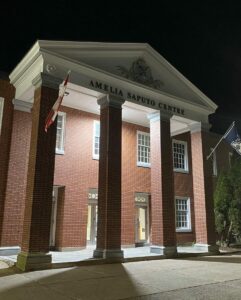 Tuesday morning at their annual celebratory breakfast. This year there was 82 Academic All-Canadians, those student-athletes who have achieved an 80 per cent average or above while consuming a year of eligibility competing for a varsity team.

The Athletic Director’s awards for academic achievement, presented to the top STFX male and female academic student-athletes were Kathleen Dolan from the X-Women rugby team and Joseph Raaymakers from the X-Men hockey team.