The university is partnering with the community to bring a skatepark to the Antigonish area. 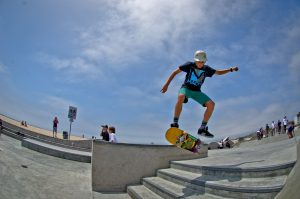 StFX is leasing land adjacent to the former Antigonish County Municipal Building on West Street which will be the home of a skate park. A release from all partners, including Antigonish Town and County councils as well as the university and the Antigonish Skate Park Collective, stated the location was selected due to its visibility, ease of access, and proximity to the RCMP station.

Andrew Beckett, Vice-President of Finance and Administration with the university, said the university has been in discussions for several months about the property. He called it a an extension of their relationship with the community.

Beckett described the cost of the lease as a nominal contribution to make it official. The overall cost of the skatepark is being estimated at around $700,000.