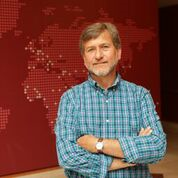 may also be looking at a federal election around the same time.

Jim Bickerton says the window for a spring provincial election is rapidly closing and the COVID situation decreases that likelihood even further. With the provincial mandate running out next Spring, Bickerton said the fall is still the best prospect for an election. However, Bickerton says a complicating factor is the likelihood of a federal election this fall. He explained the Liberal government is still strong in the polls and it would be risky to try wait out the winter and hope it is still in a strong position.

Even if both land in the fall, Bickerton said the window is September to November so a 30 day provincial campaign could fit in without affecting the federal election