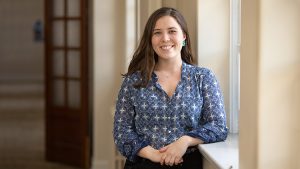 An anonymous donor started the scholarship, with a release from the university stating the donor admired Professor O’Donnell’s extensive service to the StFX Music Department and to the university, as well as the contributions he made to music in Nova Scotia, in Canada, and worldwide.

O’Donnell, who passed away earlier this month, spent 40 years as a music professor at StFX. The university awarded him an honorary degree in 2016. He also served for 50 years as conductor and musical director of The Men of the Deeps. He received an Order of Canada for his work with the group.

O’Donnell also made important contributions as a humanitarian, working along with his wife Judy to build and support L’Arche Antigonish.