The issue of town council’s position on StFX’s decision to welcome back students in the fall came up during a regular meeting last night. 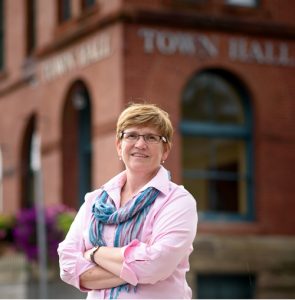 MacPherson asked about the town’s position on the move by StFX to allow students to return to the area in the fall and there was talk of a potential motion by council to call for a vote. However, as the matter came up too late in the meeting, council was not able to call for a motion. Council did discuss the possibility of a vote taking place at a special meeting between now and September.

Mayor Laurie Boucher said if council wants, a vote could take place to better define its stance on the reopening of StFX. Boucher said X made its decision in collaboration with the province. She says it is now the town’s responsibility to make sure X follows through with its plans.

Boucher said she’s heard from residents who are relieved X will reopen, while some are concerned about the possibility of spreading covid 19. She also noted there have been people calling and wanting to help students isolate, everyone has to work collaboratively to make sure the community stays as safe and healthy as possible