St. Martha’s Regional Hospital Foundation is making the most of a $10,000 grant through the 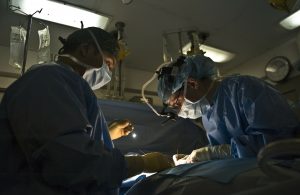 Healthy Communities Stream. A release from the province states the foundation is using the funding to help welcome doctors and their families to the Antigonish area.

The idea is to use the funding to show new doctors and their families the experiences available to them in Antigonish including fossil digging, touring farms, exploring Keppoch Mountain, taking in Theatre Antigonish, and participating in a Ceilidh.

Provincial Health Minister and Antigonish MLA Randy Delorey said the foundation applied for the grant with the proposal of helping get and keep physicians in the area, noting much of the work surrounding doctor recruitment is already happening in the area. Delorey also said you can’t recruit just the doctor, adding you have to attract the whole family.