Organizers of Stanfest, the annual music festival usually held in late July in Canso, found a way to keep the music and memories going.

With covid 19 forcing the cancellation of the festival earlier this year, organizers have decided to 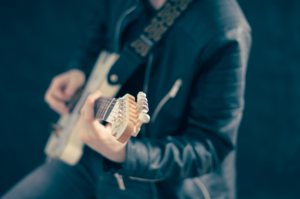 launch a book The Power of Song: 25 Years of Stanfest and hold a series of concerts titled StanFest at Home. The 300 page book, set to launch July 24, features over 1,000 pictures and a number of stories from the festival’s history.

Troy Greencorn, StanFest producer and executive director of the deCoste Centre, said he’s been working on the book for over five years and last year, following the lockdown in March of 2020,  it was felt there need to be a way to keep people excited and connected to the festival.

For those still wanting to hear their favourite artists perform, the StanFest At Home concert series features East Coast favourites such as Gordie Sampson, Lennie Gallant, Tara MacLean, and Dave Gunning and Catherine MacLellan. There is also the book launch which will also feature a show with Coig. The shows will run through July into early August.

The concerts will take place at the deCoste Centre with 100 live show tickets available as well as livestream tickets. The shows will run through July into early August. For more information on how to order the book or get tickets to the shows, visit stanfest.com