Late last year, The Nova Scotia Health Authority announced they were facing a challenge with 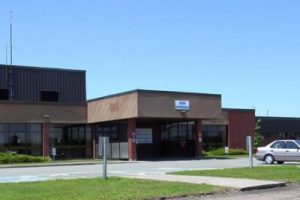 the availability of physicians to cover emergency department shifts at the Strait Richmond Hospital, noting there would likely be ongoing closures on Wednesdays.

NSHA spokesperson Greg Boone said the ER closures have continued at the hospital, noting there were 20 ER closures at the Strait Richmond since January, most of which were on Wednesdays. Boone said the situation is similar to those facing other community hospitals in the province.

Boone said the authority is continuing to work to recruit family physicians who would also be able to cover those shifts, however they don’t have anybody in place. He said some physicians from other areas have come in to help out as well.

The NSHA recruiters are continuing to do the best they can said Boone, adding he encourages people to call their local hospital to check to see if the emergency room is open if they are not sure.