Deanna Gillis, coordinator of communications with the Strait Regional Centre for Education, 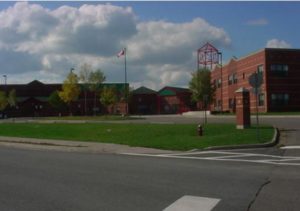 confirmed reports of an incident involving a student bringing a knife into a school Tuesday.

Gillis stated a Saint Andrew Junior School student brought a kitchen knife to school. She explained the student exhibited behaviour that put the student at risk and threatened the safety of others in a classroom. Gillis stated no one was hurt, adding the student was removed from the school and is receiving support.

School administration acted immediately once they became aware of the situation, stated Gillis, noting the RCMP and the parents/guardians of all students directly involved were contacted.    The school is dealing with the incident as a disciplinary issue in accordance with the Provincial School Code of Conduct Policy.

The school’s administration sent a letter to all families Tuesday