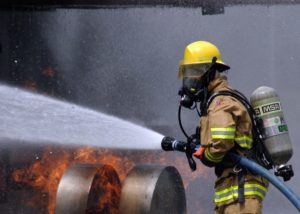 Upon arrival, Doucet said they were told it was a chip silo fire. Also responding were the West Bay Road, Port Hastings, and aerial assistance from the Town of Antigonish fire departments.

Doucet said two Port Hawkesbury Fire fighters received treatment for injuries sustained while fighting the blaze. One was released from hospital already and another is set to be released later today.

The Port Hawkesbury team left the scene at around 11:30-11:45 last night, said Doucet. He said the fire is still ongoing but is being managed by an on-site safety crew.