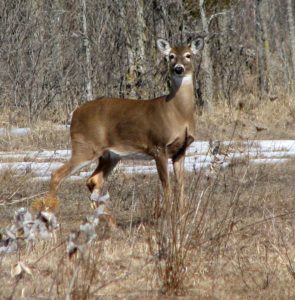 population. Following a meeting with concerned citizens, members of the Department of Lands and Forestry and people from the town of Truro at the end of last month, council last night voted to go ahead with a deer population survey. The survey, which is being adapted from a similar survey done by Truro, will take three years to complete, and will be submitted to Lands and Forestry to determine if the numbers warrant further action, such as a cull. In the meantime, both Mayor Nancy Dicks and CAO Lisa MacDonald remind residents that under current by-laws, anyone caught feeding wild animals – including deer – can be subject to fines.