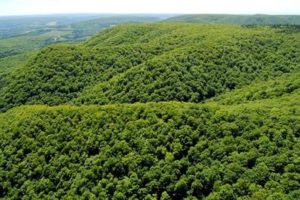 the province, including several in the local area.

The 17 sites total about 74-hundred hectares, including four wilderness areas, 10 nature reserves and three provincial parks. On the list are five in Inverness County. They are the Cape Mabou Wilderness area, an expansion of the Middle River Wilderness area, the Ashfield Nature Reserve, and expansion of the River Denys and River Inhabitants Nature Reserves. Enviroment Minister Gordon Wilson thanked private landowners and other groups for helping the province take a step toward its goal of protecting 13 per cent of its land.

Ten other properties will be designated as protected areas once consultations and survey work is complete. Two are in the local area, the St. Mary’s River Provincial Park in Guysborough and Pictou Counties, and the Barra Forest Provincial Park in Victoria County.

The province says the addition of those 10 sites will bring the total percentage of protected land to 12.73 per cent