Provincial Health officials say there are ten new cases of COVID-19 in Nova Scotia. They are travel-related or connected to earlier reported cases. Several are related to groups or families 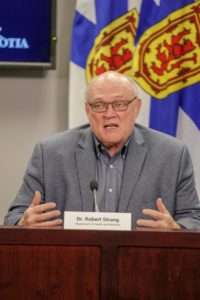 who have returned to Nova Scotia following travel outside the country. None of the cases are from spread withing the community

Chief Medical Officer of Health for the Province, Dr. Robert Strang expects community spread will soon occur. But he adds measures such as staying at home, and social distancing are key to limiting that.

The 51 people affected range in age from under 10 to mid-70’s. One is in hospital. One has recovered. 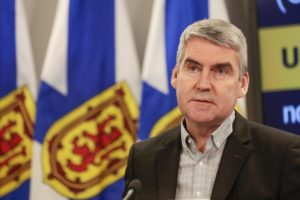 he adds government hasn’t forgotten about the province’s economic health.

McNeil says it is also waiting for the federal government to confirm its programs including E-I and who qualifies, what it is doing with tax benefits and how they are supporting social programs. That is currently before the House of Commons. McNeil says once that is approved, the province will announce it’s own support. McNeil says the province wants to ensure there are no gaps and no one is left behind.