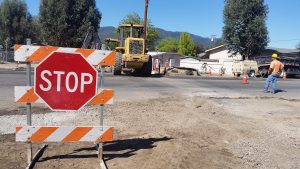 Chisholm Beaton said this is the first time in a long time they’ve had a significant capital plan for the town.

Chisholm Beaton said the town was also able to reduce its debt level in the last eight years. In 2010, the town carried a debt level of around seven point four million dollars and in 2018, they are at three point seven million dollars, for 59 per cent reduction.

The mayor said she expects the debt level will be reduced even further next year.