Two community groups in Pictou County are banking on solar energy to help pay the bills. At 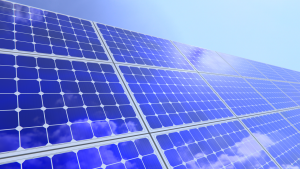 Monday’s meeting of county council, both the Plymouth Community and Recreation Association and the East River Valley Fire Department were recognized as successful applicants under the provincial Department of Energy’s Solar Electricity for Community Buildings Pilot Program. Under the program, those who build solar projects can enter an agreement to sell their excess electricity to Nova Scotia Power at a preferred rate for 20 years. Janet MacDonald with the Plymouth Community Association says that using solar electricity is not just helping to cover some of the expenses, but allowing greater use of their facility.

The East River Valley Fire Department’s solar project is not as far along as Plymouth’s – they are still raising money to pay for it – but Kathy Hay hopes that like Plymouth, the savings from switching from oil heat to solar power can be put to other use.

Hay says the Plymouth group and councillor Andy Thompson were both helpful in showing their group how to go through the application process.