A discussion over the start time for the regular monthly session of Inverness Municipal Council, resulted in a lengthy discussion about holding meetings in a virtual setting.

After starting yesterday’s regular session at 3 p.m., council discussed what time it wanted to 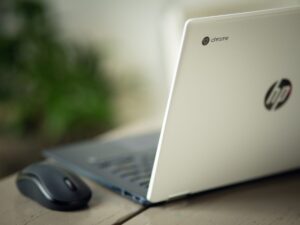 In response to questions from deputy warden Bonny MacIsaac about the cost of heating, cleaning and paying overtime to unionized staff to hold meetings in the evening, CAO Keith MacDonald responded that unionized employees could take time-off at a later date, which would not be a burden on the payroll. He did not see any additional expenses arising from meetings at night.

Although councillors had no issues with the 3 p.m. start time, they did get into disagreements over the use of the Zoom platform to host meetings virtually.

Because he is unable to connect at home, district 4 councillor John MacLennan said he was forced to drive to Port Hood to sit-in on the meeting

Although he earlier said he was flexible, district 1 Alfred Poirier was emphatic that he refuses to sit at any meeting past 5 p.m. because of the lengthy drive home. He said he is willing to meet any time via Zoom.

After the warden replied that Zoom should only be used when necessary, Poirier asked why he wants to limit the use of the virtual platform when Cranton attended meetings via telephone when he was in the hospital last year?

The warden refuted Poirier’s claims that he’s trying to exert too much control over the use of Zoom, and noted that when he was ill last year, he put in “extra effort” to attend meetings.

The warden proposed, and council approved, a motion to begin the regular monthly meetings for February, March and April at 3 p.m., and review the time at the end of the trial period.

After deciding to hold yesterday’s meeting virtually because of the increase number of COVID-19 cases, the warden added council will review the issue at next month’s meeting, then on a monthly basis after that.