During the regular monthly meeting of Richmond Municipal Council last night in Arichat, it was 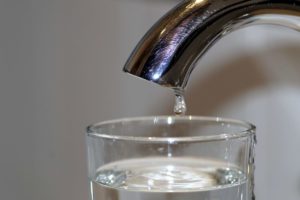 agreed that municipal staff will look into the cost of extending water and sewer services for a potential apartment complex along the Grandique Road in Arichat.

Chief Administrative Officer Don Marchand told council they received a petition from a developer and after he suggested council request a staff report on the cost, then report back to council, district 1 councillor Shawn Samson made a motion, which was approved.

Samson said many voters told him about the need for more affordable housing during the municipal election.

Samson said the municipality has had discussions with Rochelle Samson of SRD International to put 12 units on two lots behind the courthouse in Arichat, near the Bell Aliant building.

The CAO said once council looks at the numbers and if it decides to proceed, then they can request the developer provide them with information.

In response to concerns from warden Amanda Mombourquette and other councillors that these figures be provided to the developer as soon as possible to allow them time, Marchand expects that can be done by next month.