It has been a tough winter for the X-Men football team, as their offensive and defensive coordinator both announced they were stepping away from their roles at St.FX. It 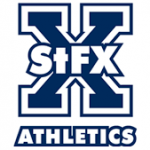 was announced yesterday that X has found their new offensive coordinator, Warren Goldie, for the 2017 season.

Headcoach, Gary Waterman says Goldie brings a lot of experience at the U-Sport level. X also lost their 5th year quarterback, so Warren’s expertise with quarterbacks made him the best fit for the job:

Goldie spent nearly a decade on the coaching staff for Queens, and brings a lot of experience to X. Waterman says they are still working hard to find the new defensive coordinator.