Two members of the St. FX X-Men have been named AUS Football Players of the Week. 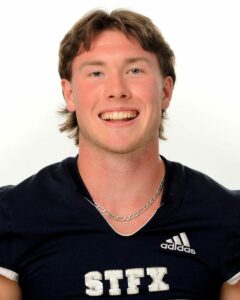 Second year X-Men Running Back Malcolm Bussey is the Offensive Player of the Week, scoring the only touchdown for St. FX in their 24-10 win over Acadia on Saturday. Bussey’s one yard touchdown run came late in the second quarter to give the X-Men a 21-3 lead heading into halftime. The Human Kinetics student from Hammonds Plains had 23 carries in the game for 153 yards. 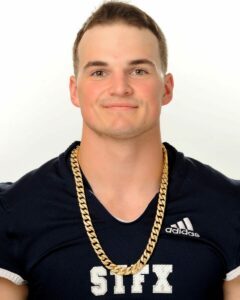 Defensive Lineman Alex Fedchun. The Calgary native led the X-Men defense with 6.5 tackles on Saturday. The Human Kinetics student had four solo tackles and 1.5 tackles for a loss of six yards, including a sack as well as a forced fumble recovery.