After a year of going without, X Men hockey is back on the ice. 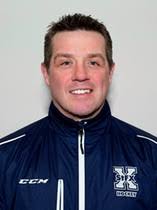 layoff as well as the fact they have two recruiting classes coming on board at the same time. Even with all of the new players, Peddle said there is a lot of experience as they recruited quality players. They have a solid veteran defensive core with the majority of the teams returnees on the blueline or in the nets. While only two forwards, Declan Smith and Will Bower, have AUS experience, Peddle said they players they added are big additions and increased the skill and speed of the whole group.

The X Men continue their preseason with a road game in Moncton before returning home to face off with the St. Mary`s Huskies on Saturday. Their preseason wraps up with another matchup against the Huskies on October 2 in Truro, and their regular season begins October 8th with another game against their St. Mary`s rivals. X hosts their first regular season home game on October 9 against Acadia.