USports named X Soccer player Liam Elbourne as one of the top 8 academic all Canadians. 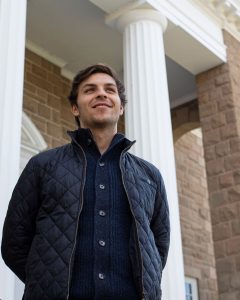 Elbourne, a former AUS rookie of the year,  led the team in scoring his first two seasons and was the captain in his last three years. A starter at midfield, he helped lead the team to an AUS second-place regular season finish in both 2017 and 2018.

The Halifax, N.S., native served as  vice-president of the StFX Economics Society. A Leader of Distinction with the StFX Athletics Leadership Academy, Elbourne was the 2018 StFX male community excellence award winner, and was twice honoured with the Athletic Director’s award for academic excellence as the top male academic student-athlete.

Elbourne received the 2019 ONEX Corporation gold medal as the top business administration student at StFX University, as well as the Frank H. Sobey Award for excellence in business studies. He is now pursuing a Master of Philosophy in Economics degree at the University of Oxford in England after being selected as a Rhodes Scholar