After a lengthy layoff, the X Women hockey team is ready to get back on the ice.

After covid 19 put a disappointing end to the X Women’s season in 2020, head coach Ben 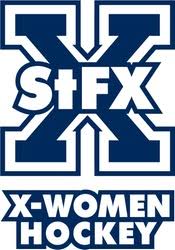 Berthiaume said his program gained 16 new players in the last two years. Over the pre-season, Berthiaume said the coaching staff saw some promise, adding with all of the new players there is going to be a learning curve when it comes to the team’s system and the pace of play in the AUS.

When it comes to goals for the season, Berthiaume said they have high expectations every year, noting they have a deep and talented team capable of success. He also pointed to new assistant coach Kara Power as a welcome addition to the team.

The X Women kick off their season with a pair of road games, taking on Dalhousie tonight in Halifax at 7 p.m. and Mount Allison on Friday. Their first home game is set for October 15, when they take on UPEI at the Keating Centre.