St. FX X-Women Hockey Forward Tyra Meropoulis is U Sports Player of the Year. Meropoulis, a 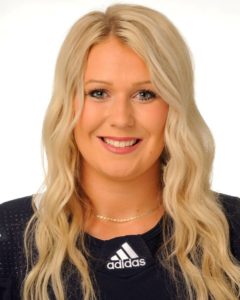 second-year business student from Edson, Alberta was presented with the Brodrick trophy last night during the annual All-Canadian Women’s Hockey Gala in Charlottetown. Meropoulis led the conference and the nation in both points at 37 and goals with 26 this season. She is the third member of the X-Women in four seasons to win the national MVP award. Meropoulis is also a First Team all-Canadian. Joining Meropoulis on the first all-star team is defender Lindsey Donovan. X-Women Goaltender Jamie Johnson was named to the All-Rookie Team.