Bicycle Nova Scotia laid out its plans for Port Hawkesbury.

Meghan Doucette, Active Transportation Planner with Bicycle Nova Scotia, said over the past 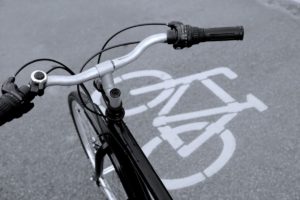 two years, they have been partnering with the town on the Blue Route Hubs project, an initiative to support towns along the provincial Blue Route cycling network to design and implement safe all ages and abilities infrastructure for walking, rolling, and cycling.

After BNS made a presentation town council several months ago, Doucette told last night’s regular monthly meeting that she was following up on the final stage of the project.

Doucette said they recommend continuing the sidewalk on Sydney Road, and the concept design is proposing a three-foot wide multi-use pathway on that street as well as Granville Street. To do this, she recommends the slip lane off Reeves Street onto Granville Street be closed off to vehicles and used as an Active Transportation lane.

At the intersection of Granville Street and Sydney Road, Doucette said they are proposing to tighten up the corners and add stop signs, for safety reasons.

As well as Granville Street, Doucette said they are suggesting Bump-Outs along Sydney Road to help people crossing.

The multi-use pathway on Sydney Road would connect to the path on Reeves Street, allowing people to continue to Old Sydney Road, Doucette explained. On Old Sydney Road, she said they are hoping for a protected multi-use shoulder area, as well as arrows on the pavement, and more signage.

The pathway from Old Sydney Road to Pinecrest Drive could use repaving, and can be widened to three metres, Doucette said, noting the town has plans to realign that path.

From Pinecrest Drive onward, Doucette said BNS is proposing a Local Street Bikeway concept, with pavement markings because this is a quiet residential street with low traffic volumes.

BNS is looking at the possibility of putting in a crossing from the existing multi-use path on the other side of Reeves Street, Doucette said, noting that with traffic speeds, another option could be to add a crossing at the NSCC Strait Area Campus and point pedestrians down Embree Island road to connect with Granville Street.

As for Queen Street, BNS is proposing a realignment and improving sight lines to make the crossing more straightforward for everyone, Doucette stated.

Doucette said the town is working on a park plan near the intersection of MacLaughlin and Prince Streets, and BNS has suggested a realignment for the multi-use path in that area. She suggested the addition of stop signs on both streets will make it safer, and to connect with the rest of the path, BNS is proposing a crossing at the end of the park.

Doucette added the next steps are engaging with consultants for a more detailed design, accessing provincial and federal funding, then the construction phase over the next few years.