A man who pleaded guilty to stealing over $200,000 received a conditional sentence and probation. 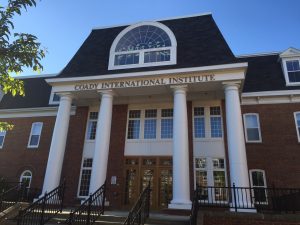 Originally, Marlow faced charges of theft over $5,000 and Fraud over $5,000. In July of last year, after pleading guilty to stealing $223,273 from the Coady, the crown withdrew the fraud charge.

Police arrested Marlow on September 27 and placed charges on October 2 in 2018. He was later released from custody on conditions.  Marlow has already paid the restitution.

The head of the Strait Regional Centre for Education stated there has been an uptick in absenteeism from local schools over the past number of weeks. When asked about the numbers of students out sick, SRCE regional executive director Paul Landry pointed to a recent press conference held by Dr. Robert Strang, Chief Medical Officer […]

X-Men Hockey forward Josh Nelson is USports Male hockey player of the Week. Nelson, a third year Business student from Lockport, IL scored five goals in two close X-Men losses this week. In their 5-4 overtime loss to Acadia Wednesday, he tallied two of the X goals and was named player of the game. He followed up with a […]