Pictou County Transit is on its way.

The three-year pilot project from the Towns of Stellarton and New Glasgow, is a one hour bus 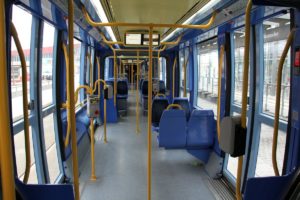 loop though the two towns. In a release organizers stated ridership will determine if the project continues past the pilot phase. It is also hoped neighbouring municipalities will join.

PCT has a new accessible low floor bus purchased by the provincial government, who are also funding the first year of operation. Stellarton and New Glasgow will pay $50,000 and $100,000 respectively for each of the final two years. CHAD Transit will mange POCT and provide a back up bus if needed. Organizers are currently obtaining a motor carrier license, with the launch expected in the spring.

The plan is to operate Monday to Saturday from 7 am until 9 pm with a number of fixed stops in each town.