Minor hockey is set to resume at the Antigonish Arena. 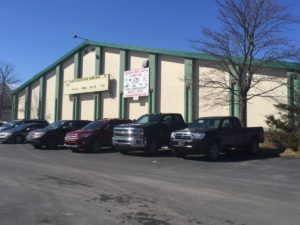 Owen McCarron, chair of the Antigonish Arena Association, said arena management and Antigonish Minor Hockey reached an agreement  on Tuesday night on the use of the facility and letting in spectators for minor hockey.

McCarron said there was a issue around contact tracing for spectators and the party responsible. He said all sides are now clear on the issue and are contented they can move forward.

The warden said he suspected the goal was to resume minor hockey at the arena as soon as possible, noting he thinks it will be going by this weekend.

Spectators will be allowed in the Arena for both practice and games. Capacity is 200 spectators over and above the 50 participants on the field of play. The field of play consists of the ice surface, player benches, timekeeper box, penalty boxes, and dressing rooms. All rental groups are required to adhere to arena facility guidelines.

X-Ring Ceremony today, To be a Virtual Ceremony

It is an exciting day for senior students at St. FX University.  At a ceremony this afternoon, the students will receive their coveted class ring, also known as the X-Ring. This year’s X-Ring ceremony will be different because of the COVID-19 pandemic. It will be a virtual event, with only a small stage party, socially distanced at the Bloomfield […]

The lights will be turned on tonight for the first time on Nova Scotia’s annual holiday gift to Boston. There will be a virtual tree lighting this evening in Boston for the 45-foot White Spruce Christmas tree, donated by a local couple, Heather and Tony Sampson of Dundee. The tree was cut several weeks ago […]

The St. FX Athletes of the Week come from Basketball. X-Women Basketball guard Avery Walker is the St. FX Female Athlete of the Week. Walker, a first year Human Kinetics student from Ottawa, was second in team scoring and rebounding, and first in assists in the X-Women game of the week. She has been the […]