A member of the Antigonish Bulldogs, Sam Mattie has been named the Hockey Nova Scotia 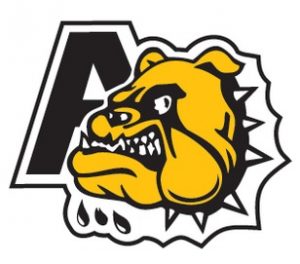 Mattie had six goals and seven assists for 13 points in November. Mattie was a consistent scorer, recording points in all but one of the Bulldog games during the month.

Joe Bouchard of the Liverpool Privateers was named the player of the month in the Fred Fox Division.

Both Mattie and Bouchard will receive select clothing from Hockey Nova Scotia.