Antigonish County Council is coming out in favour of a local LNG project.

During a regular monthly meeting of council last night, members voted to send a letter to both 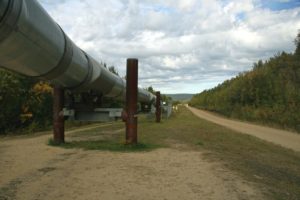 Premier Stephen McNeil and Prime Minister Justin Trudeau voicing their support of the Goldboro LNG project. While the project is in Guysborough County, Antigonish Warden Owen McCarron said it would be an economic boost to the entire region. He said council sent the letter to both the premier and prime minister in hopes they will share their support.

McCarron said there will be local economic spinoff, such as with housing. He said the topic came up in December, during a meeting with local MPs Sean Fraser and Mike Kelloway. After another meeting with local businesses, McCarron said council realised this is the time for municipality to step up and get behind the project because of the impacts for this end of Nova Scotia.

Goldboro LNG is set to include a processing plant and facilities for the storage and export of LNG, including a marine jetty. The