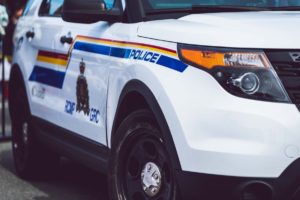 Wagmatcook home Thursday night.  Police say shortly before 7:30 that evening, officers were called to a report of a man pointing a gun at another man.   RCMP say when officers arrived they found a male pointing the firearm at them through a doorway.

Police were able to de-escalate the situation and convince the man to leave without the gun.  RCMP say male then attempted to turn towards the gun and was arrested inside the home.  Officer seized a loaded gun at the residence.  No one was hurt.

A Wagmatcook man was released on conditions and is charged with two counts of Pointing a Firearm, one count of Careless Use of a Firearm and Resisting or Obstructing a Peace Officer. The man is scheduled to appear in Wagmatcook Provincial Court on December 2nd