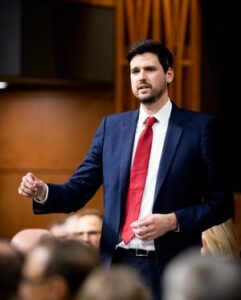 Fraser says one stop took him to Sherbrooke Village, which has received just over $38,000 from a mixture of federal programs, including support for its Old Fashion Christmas celebration.

Fraser also stopped by the Port Bickerton Lighthouse, recipients of $9,500 in federal funding for upgrades for one of the buildings on site.

Fraser says the federal government has supported several other projects at the Lighthouse over the past few years, including improvements to the interpretive centre, to help build out a facility to house an artist-in-residence and construction of a network of trails along the coastline